Colorado Springs assault defense attorney Bryson Perkins has the experience with the local judges and prosecutors you need to get you the best possible outcome.

You Need a Criminal Defense Lawyer

If you are facing charges of criminal assault in Colorado Springs, then you need legal representation from a criminal defense lawyer that specializes in assault defense.

Click to schedule a free consultation with a Colorado Springs family law attorney.

The Three Degrees of Assault in Colorado

Colorado has several specific forms of assault, including an assault on an elderly or disabled person and vehicular assault. 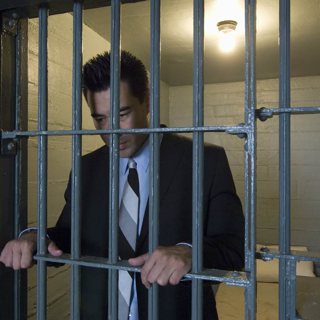 Colorado Springs courts will classify the charge based on the seriousness of the actions and injuries.  Below I explain the three ways the courts classify assault.

Assault in the First Degree

First-degree assault is the most severe assault classification in Colorado. The courts will levy assault in the first degree charges against a person who intentionally causes serious bodily injury via the use of a deadly weapon.  The assault charge can also be first degree if the injuries or the intent to injure are severe and/or permanent.

First-degree assault will be the charge if you harm or threaten harm to a police officer, firefighter, emergency medical provider, judge or prison/detention center workers.

The keywords that trigger first-degree assault are  “use a deadly weapon” and “severity of the injuries” and whether the injured party was acting in an official capacity.

The law considers an assault in the first degree a Class 3 felony in Colorado. If the courts consider the assault to be a “crime of passion” then the court may raise the charge to a Class 5 felony.

Colorado considers assault charges a violent crime. This means the defendant will face a judge and jail time for at least a state specified minimum term.

Assault in the Second Degree

There is a variety of other characteristics that may trigger second-degree assault charges including intentionally drugging someone, causing another to come into contact with toxic material, applying physical force against the officials listed above, or showing indifference toward human life.

The Colorado laws deem an assault in the second degree a Class 4 felony. Similar to above, the courts may increase the felony charge to Class 6 if they determine the assault to be a crime of passion.

Colorado generally requires mandatory incarceration for assault in the second degree.  However, the court has the power to lower mandatory sentences depending on the defendant's prior charges and/or substituting probation for jail time.

Assault in the Third Degree

Third-degree assault is the charge when the assault does not result in serious bodily injury.  For example, the court may consider kicking someone in the stomach a bodily injury but it won’t qualify as serious bodily injury if the person does not suffer long-term impairment or severe pain.  If the kick resulted in major medical treatment, then it might count as a serious injury.

In Colorado third-degree assault is a Class 1 misdemeanor. However, if the defendant assaults a peace officer or other official employee, the courts may impose harsher penalties, up to twice the minimum sentence and/or fine.

Why Do You Need a Colorado Springs Assault Lawyer?

Criminal assault charges in Colorado are serious. Depending on the charges you could face 20+ years of jail time and massive fines in the hundred thousands of dollars.

This is one of those criminal charges you don’t want to face alone. You need an experienced assault defense lawyer that can navigate the Colorado Springs courts to achieve a better resolution than what you might expect.

You need a partner on your side to gather evidence, testimonies, and witnesses to build an aggressive defense for your case.

For instance, in assault cases in which self-defense or heat of passion defense might help. You and your Colorado Springs assault defense lawyer may get the charges mitigated or even dropped if you were protecting yourself or provoked into committed the assault.

Your defense for criminal assault charges must be intelligent and aggressive. You will need a local Colorado Springs assault defense lawyer to interpret and explain your charges. You will need the help of an expert with experience in the local El Paso County courts to know how to proceed.

Get Answers During Your Free Consultation

Don’t risk your future by working with the wrong Colorado Springs assault lawyer. We recommend you speak with at least three local criminal defense attorneys to find the one best for your case.

Perkins Law offers a free consultation to anyone charged with criminal assault in the Pikes Peak region. Attorney Bryson Perkins can help you understand what to expect in our local courts based on Colorado laws and the assigned Colorado Springs judge and prosecutor.

With Attorney Perkins's help, you will present a strong defense and fight for the best possible outcome such as a dismissal, acquittal, or the minimum sentence.